Samuel Graf is a graduate of Kenyon College in Gambier, OH where he earned a BFA with a major in Music. While his primary instrumental focus is the drum set, Sam has spent a number of years studying piano and guitar and has been a singer all his life, participating in an all-male a-cappella group during his four years at Kenyon and acting as music director for two of those four years.

Sam believes that the study of a single instrument (or group of instruments) can catalyze the growth and maturation of the whole musician and that the teacher should always put the student’s overall musical growth before the achievement of “technical mastery”. In college, Sam played in a multitude of cover bands, one-off ensembles, and committed, long-term projects, focusing much of his efforts in the practice room on the development of a solid jazz technique and vocabulary.

Since moving to Austin, Sam has had the good fortune to secure positions as the drummer and backup singer for local bands Mount Pressmore, and The Jo James band (formerly The Dirty Good), and leads his own group called Sammy G. Sam also performs on a more sporadic basis in a jazz trio with Austin pianist Peter Pope and bassist Phil Spencer. He’s excited to begin teaching as a part of the Eastside community! 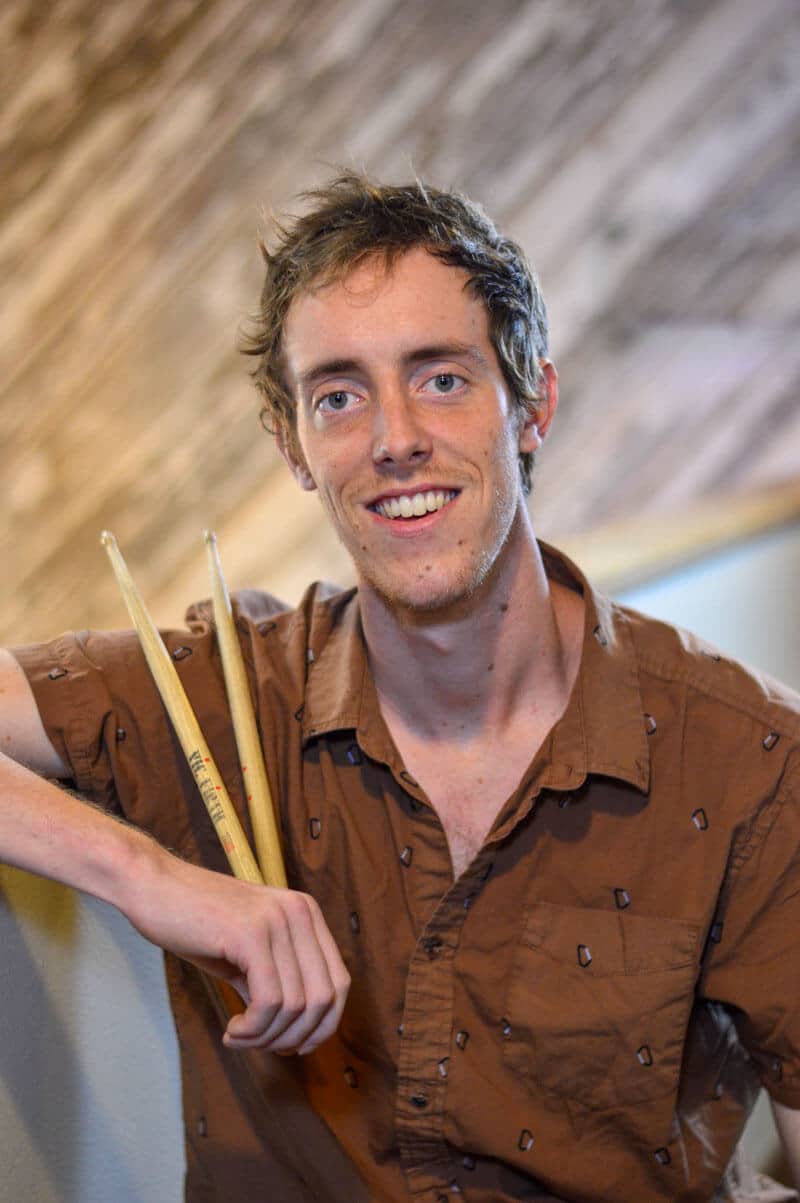