Join the Band. Learn the Songs. Play the gig.

Advance your skills and have fun playing in a group

Welcome to Rockshop! This class is open to adult students with some experience on their instrument, but who may be new to playing in a group setting. If you can sing a few bars, hack out a few chords on the guitar or piano and count to 4, then Rock Shop is for you!

Join a band of like minded students and learn to play songs each week under the guidance of an Eastside Music Teacher. In the first class, you’ll discuss musical tastes and experiences. Along with your fellow band mates you’ll choose 3 – 5 songs to learn over the next 6 weeks.

The class culminates in either a live gig or recording session in our state of the art recording studio (Final Event TBD).

Not sure if you’re ready? Contact us for a free consultation.

*Students must enroll in entire series. Class meets weekly on Wednesdays at 6:30pm for 6 weeks. No credits or refunds will be given for missed classes.

Sam Graf is a graduate of Kenyon College in Gambier, OH where he earned a BFA with a major in Music. While his primary instrumental focus is the drum set, Sam has spent a number of years studying piano and guitar and has been a singer all his life, participating in an all-male a-cappella group during his four years at Kenyon and acting as music director for two of those four years.

Sam believes that the study of a single instrument (or group of instruments) can catalyze the growth and maturation of the whole musician and that the teacher should always put the student’s overall musical growth before the achievement of “technical mastery”. In college, Sam played in a multitude of cover bands, one-off ensembles, and committed, long-term projects, focusing much of his efforts in the practice room on the development of a solid jazz technique and vocabulary.

Since moving to Austin, Sam has had the good fortune to secure positions as the drummer and backup singer for local bands Mount Pressmore, and The Jo James band (formerly The Dirty Good), and leads his own group called Sammy G. 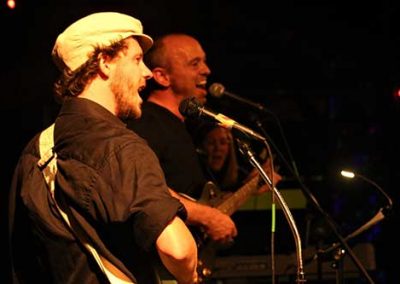 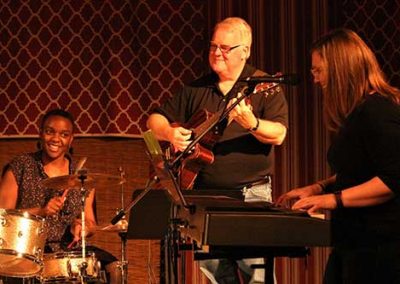 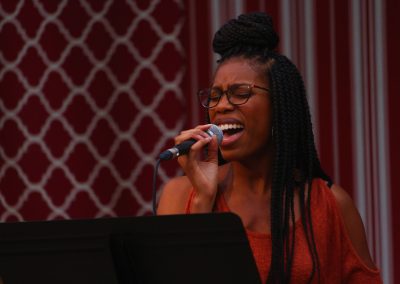